I Should Start Cropping

This video pretty much shattered my preconcieved notions about the number of pixels needed for a large print. I have even made poster size prints with 10MP and 12MP images that looked great, so why am I still hung up on not cropping my photos? Maybe I should not be...

Posted by Dalantech at 8:21 AM No comments:

I have posted about this before, both here at my blog and on various forums. But for the most part it was in bits and pieces until recently, and I need to not only boil the whole concept down but also to have it in one single article. Nothing here is really new, and the tl;dr is "Stop shooting in bad light". But you might not understand why the light you are shooting in is working against you.

Light has two basic properties: It is either hard or soft, specular or diffused. Soft/hard light depends on the size of the light source relative to the subject. The larger the light relative to the subject the softer it will look (called Apparent Light Size) and you can see it in the shadows because they will look kind of grey, and the transition area between what is lit and what is in shadow will be kind of fuzzy. If the light is hard the shadows will be dark and the transition areas between the shadow and the light will be very well defined (almost like a line).

In a studio, using studio light modifiers, soft light will equal diffused light most of the time. Most studio light modifiers are designed to allow the light from the flash to spread out before it hits the diffusion surface, so the light that the subject sees is even with little to no hot spot in it. The only thing you have to worry about is the size of the light source relative to the subject -the closer you get it to what you are shooting the softer and more diffused it will be.

As a macro shooter I see a lot of people using a flash setup that can best be described as soft/specular. Soft because it is large relative to the subject so the shadows will be soft. But since their diffuser is short there is not enough room for the light from the flash to spread out before it hits the diffusion surface that the subject sees. There will be a hot spot due to a poorly diffused flash, that hot spot is acting like a point source, and there will be a loss of detail in the specular areas of the scene. The light is erasing detail in the specular surfaces, and that loss has nothing to do with exposure. I frequently see people who focus stack that lose more detail to poor light quality than I lose to diffraction in my single frame images. 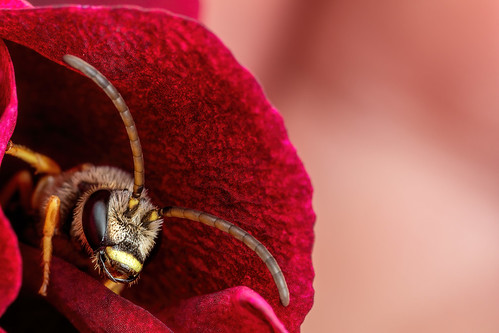 If you are shooting in noon day sun, with nothing to diffuse the light, then the big yellow ball is acting like a point source and the specular surfaces in the scene will return the color of the light and not the color of the underlying surface. The result is a loss of detail in the specular areas of the scene. Plus, the contrast will be too high, and the colors will be muted. You can sort of “fix” the color and contrast issues in post -but your images will look much better if you are shooting in diffused sunlight. No amount of under exposure will correct for the detail loss due to harsh (specular) light. I took this next shot when there were some thin clouds acting as a diffuser for the sun. 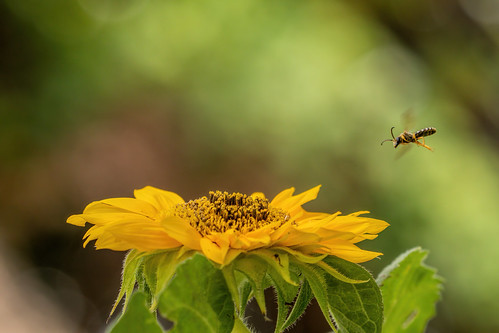 Much better color, contrast, and detail than shooting in harsh light. Do not be afraid to increase the ISO so you can choose the shutter speeds and apertures necessary to get the shot when the light is good.
Posted by Dalantech at 5:10 AM No comments: