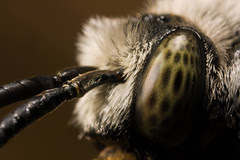 I owe my latest images to this blog..:)..thanks for the info

Wow, I've somehow only just discovered this blog. Absolutely amazing and inspirational, thank you for sharing.