I've been shooting single frame macro for over a decade, and yet I still get asked "How many frames did you take for that focus stack?". There are two key aspects to getting a lot of apparent depth and detail in an image. The first is looking for and/or creating Magic Angles. I'll frequently look for an area in a scene where I want the focus to start, lock that area so that it stays in focus, and then twist and turn my wrist to push another edge of the camera's sensor deeper into the frame. A recent example is the image to the right. I focused on the leading mandible, locked that part of the scene in place, and then pushed the upper left corner of the camera deeper into the frame while twisting my wrist to the left. Very minor movements to be sure but once you build up the muscle memory for it gets easy, and after a while you'll create those magic angles without having to really think about it.

The second thing you can do to make people think that you focus stack when you don't is to get good at sharpening your images in post. I want to make it clear that what I'm about to tell you won't allow you to recover detail that you didn't capture with the camera. Once you press the shutter release you've captured all of the detail that you're gonna get. Sharpening an image will highlight edges and fine details so that you can see where one element of the subject stops and another one starts. Like the edges between a critter's compound eyes. But diffraction, to varying degrees, is going to eliminate some texture detail. I keep my flash as close to the subject as I can (to keep the duration of the flash to a minimum) and use techniques that keep the motion in the scene to a minimum so that diffraction doesn't get amplified by motion (an effect that I call Macro Motion Blur). So the detail that I'm losing to diffraction is kept to a minimum, so all I have to do is carefully sharpen an image so that the edges between different features in the subject are clearly defined. The hard part is sharpening an image without introducing any obvious artifacts that are going to make a shot look over sharpened. To see how I do it lets start with what is pretty much a worse case image for me, a shot at 5x and F11. For this first image I've adjusted exposure in the Photoshop Elements RAW editor, and I've rubbed out the dust spots. But there is no in camera or in post noise reduction or sharpening. 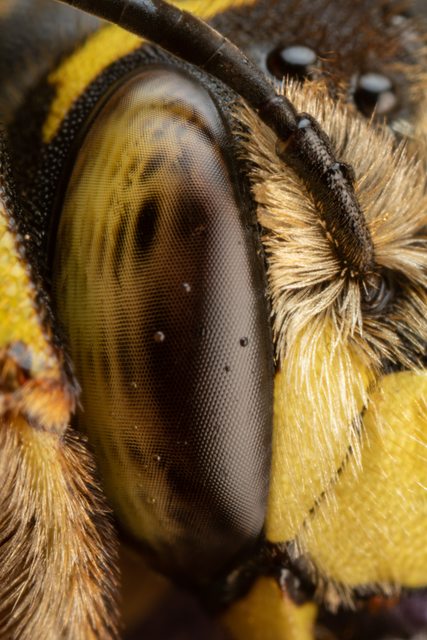 Now I'll be the first to admit that I need to get better at post processing, in fact I consider it to currently be the weakest area of my photography. But I am learning, and one of the things that I've realized is that it's better to sharpen an image in stages than to do all of the sharpen at once. To do that I use two Topaz Labs plugins, applications that I bought and paid for with my own money (so this isn't an add in disguise). The first is Topax Labs Denoise AI. It's really good at removing image noise and preserving detail, and I like to remove sensor noise before I apply a sharpening layer. But Denoise AI is going to sharpen the shot a little. Here's the same image as the first one but I've created a new layer and I ran Denoise AI: 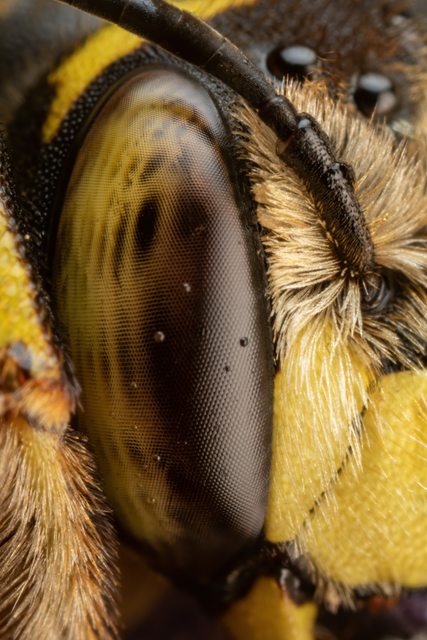 I then created a new layer from the one and ran Topaz Labs Sharpen AI. Sharpen AI has some pretty cool features that can allow you to recover an image even if there is motion blur. Not gonna recover any lost detail, obviously, but it could potentially mean the difference between having a photo you can use verses one that you sent to your digital trash can. Here's the frame after sharpening with Sharpen AI using the focus option: 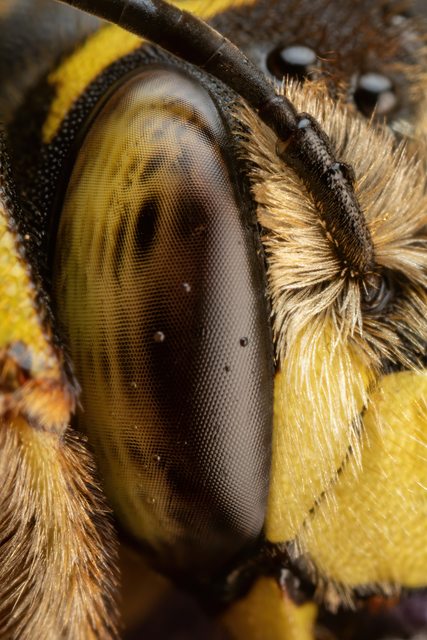 The last thing I do is duplicate the layer that I sharpened and run Topaz Labs Clarity, mostly for contrast and saturation adjustments but it too will sharpen an image a little bit more. Here's the final shot: 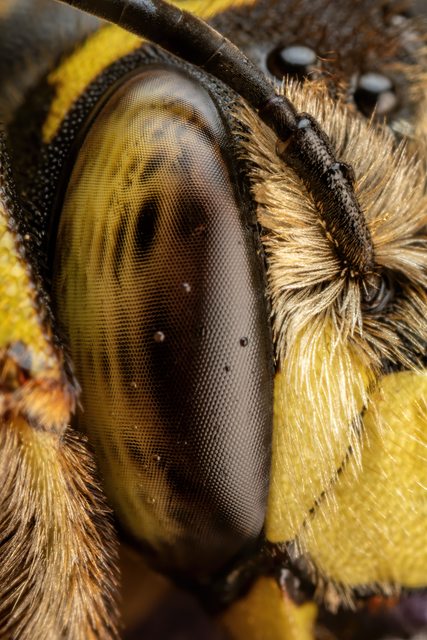 Not too bad for a photo taken at 5x and F11, and I could probably sharpen the image a little more but didn't want to push it. That's all for this one folks, until next time happy shooting!

Footnote: The quality of the light that you're using also plays a part in how much detail you can capture with the camera, as well as how much you can push the sharpening in post. A poorly diffused light source creates a lot of micro contrast (areas in the scene where the pixels are blown out). A photo with a lot of micro contrast will look "artificially sharp" and at first I thought it wasn't a bad thing. But all those little areas of blown out pixels not only rob the scene of detail, but they also limit how much an image can be sharpened in post before it looks over sharpened. So light that's very diffused actually works best, even though the out of camera sharpness seems reduced when compared to an image taken with less diffused light. So many variables...
Posted by Dalantech at 3:37 AM